A RUMOR OF JUSTICE 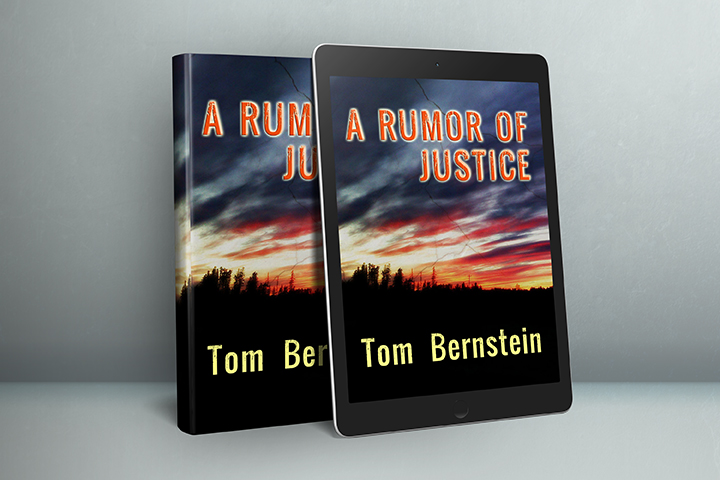 The Flathead Valley in northwest Montana may look like a paradise, but beneath the pastoral surface it has all the drama – both tragic and comic – of any other place. A Rumor of Justice paints a portrait of small town life that is universal. It is a story of several people caught up in a conflict of truth – and consequences: Eli March – a young man falsely accused of a crime, struggling to prove his innocence in a place rife with gossip, where most minds are made up long before he gets his day in court. Jennifer Lawson – a public defender with a tragic past that drives her to succeed, even if she must publicly humiliate and destroy anyone who gets in her way. Flathead County Sheriff Mike Montgomery – a man torn between duty to his community and commitment to his family. Dexter Ksunka – Eli’s uncle – skilled in many areas, yet unbound by ethics, willing to employ whatever measures are necessary to confirm his nephew’s innocence. These are people we work with, and who live in our neighborhoods. We attend the same church, and shop in in the same supermarket. Our children go to school together. We all travel the same road. But their lives have taken a very ill-fated detour. And the truth can be told in countless ways.

Montana’s Flathead Valley is one of the prime chunks of real estate on this planet, and in the past few decades that has drawn an increasing clash of new money, old blood with its resentments, and twisty politics. The mix makes rich breeding ground for murder and treachery, and that’s the backdrop of this well-crafted story written with an insider’s acute eye.